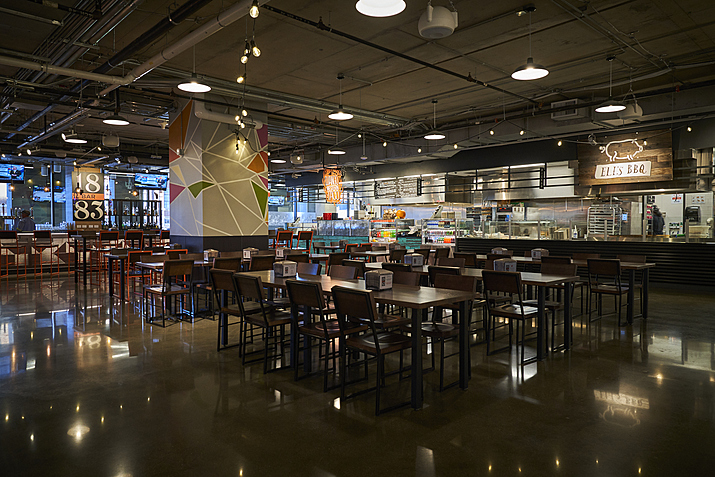 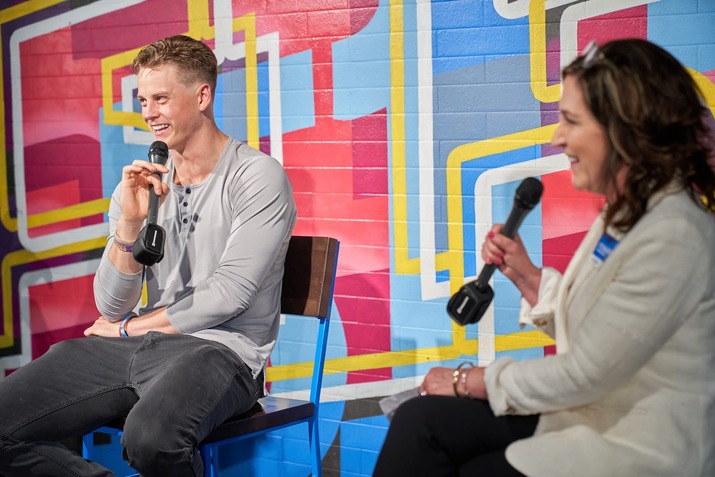 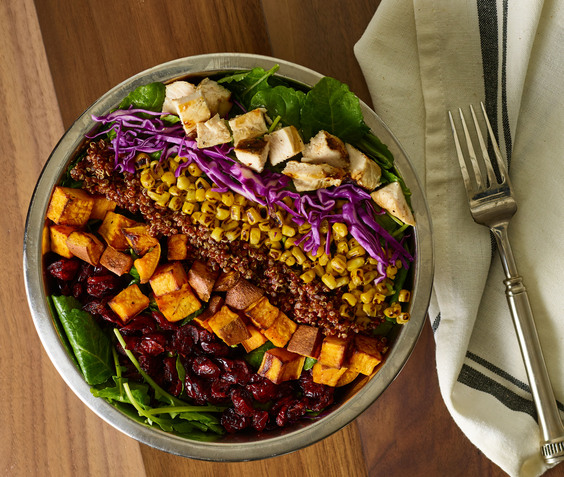 The Eatery is a community inspired dining concept located in Downtown Cincinnati on the second floor above the new On the Rhine Kroger store. It supports 5 of Cincinnati's beloved casual dining concepts in one location, along with a premium full bar positioned next to our outside patio overlooking Central Parkway. The entrance is located at the corner of Court and Walnut. Open 7 days a week, providing special events throughout the week.

Rent the entire 7,000 square foot space for up to 225 guests, or rent our corner lounge area for smaller groups, business meetings, and personal events.

Come visit us at any of our locations for half-price wine on Wednesday!

Click to Claim
Valid for a limited time on Wednesdays only.
× 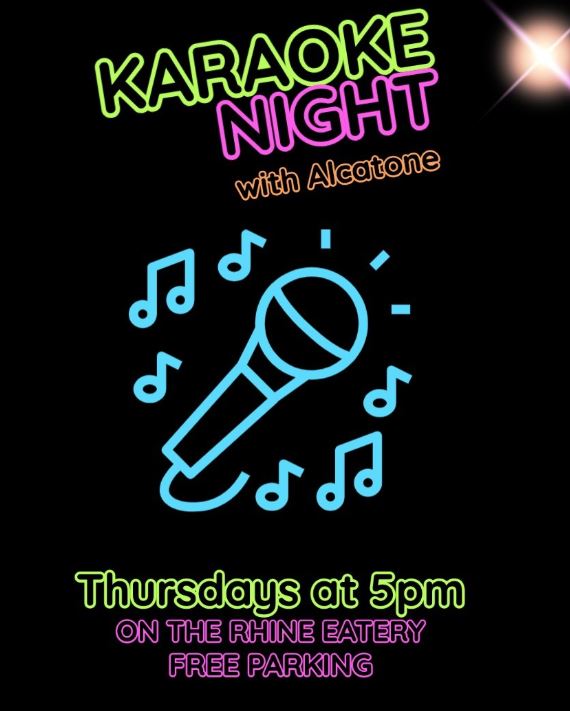 Come join us every Thursday for Karaoke Night!

There will be free parking, 25% off drinks, and great karaoke! 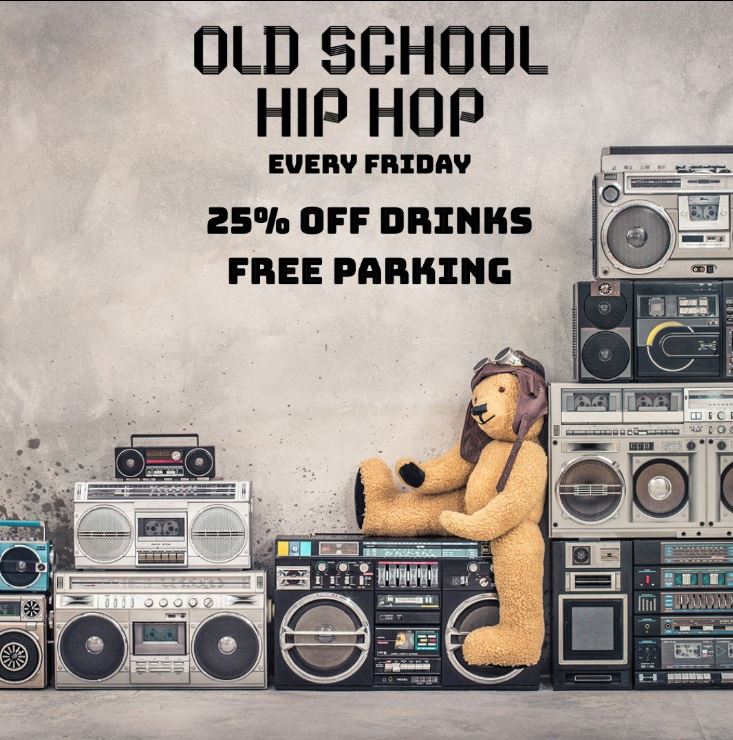 Every Friday we bring in a DJ for old school DJ Day. Join us for 25% off drinks and free parking.

Join us on Valentines Day for a 5 course meal with options from each of our 5 vendors. You will get to choose one item from each vendor. Your ticket will include the price of food, parking, and the comedy special.

Comedy Description:
Zach Wycuff is a nationally-touring stand-up comedian. He's been featured in SF Sketchfest, the North Carolina Comedy Festival, and the Cleveland Comedy Festival, among many others. Drawing on his unique past growing up on the road as a member of a family band (true story!), Zach charms and delights audiences with his storytelling and quick wit. Zach got his start in the Midwest, being named the Funniest Person in Cincinnati as well as the Funniest Person in Columbus. He's also appeared on Jerry Springer's show (the podcast, not the...other thing). Come hang with this lovable dork and you might just leave having found a new best friend.
​
​Ossia Dwyer is an instantly endearing and overly self aware comic from Cincinnati, OH by way of Vermont. Ossia has performed with national acts like Aparna Nancherla, Pete Lee, and Matteo Lane and has performed at The Pittsburgh Comedy Festival. She recently taped a comedy special that will be released next year.
​
Shawn Braley is a storyteller through and through. His use of stories and jokes is his way of making sense of the world around him. His comedy features unique stories about sex, religion and adolescence all taken from the perspective of an awkward, former pastor. He's the multi Ohio Valley Emmy Winning Producer of Cincy Stories and Long Story Short on PBS and a Co-Producer of Bombs Away Comedy, the long-standing independent comedy collective out of Cincinnati. His hope for everything he produces is for the audience to feel less alone in their own awkward and strange wandering through life.​

​Wayne Memmott is a comedian from Cincinnati, Ohio whose jokes always aim to delight the audience. From stories about his wife, to tales from his former days as a high school teacher, Wayne always brings a joy to the audience through his jokes. Along with his own comedy, through his production company, Bombs Away! Comedy, has supported countless shows and open-mics all over Cincinnati. Wayne can be seen regularly at Go Bananas Comedy Club and at this almost weekly showcase at Taft’s Brewporium, ‘Laughs at Taft’s’. Wayne Memmott is a person you’ll like.​

Join us, @whiskeywomxn and Uncle Nearest as we celebrate Black History Month. Try three of @unclenearest top whiskeys along with a food pairing for each whiskey. Listen to the story behind Uncle Nearest whiskey and how this forgotten recipe has been reborn. Ticket Prices include the whiskey and food to go with it. Part of the proceeds of this event will be donated to historically black colleges or universities in Uncle Nearest effort for the $1M old fashioned challenge.

See below for tickets:
https://www.ontherhineeatery.com/event-details-registration/black-history-month-uncle-nearest-tasting