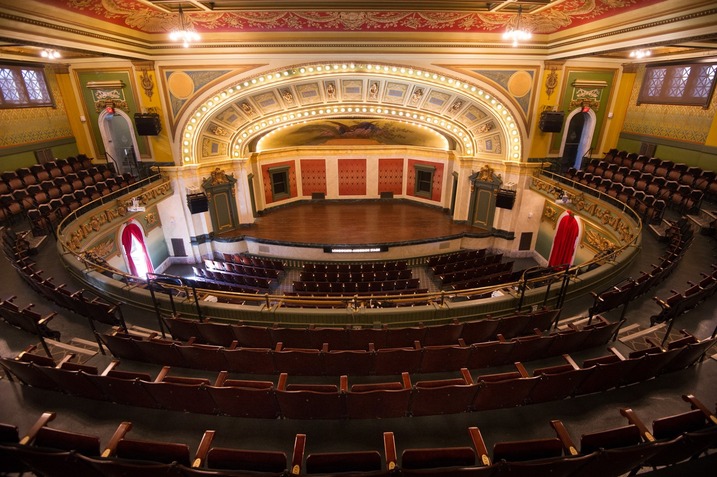 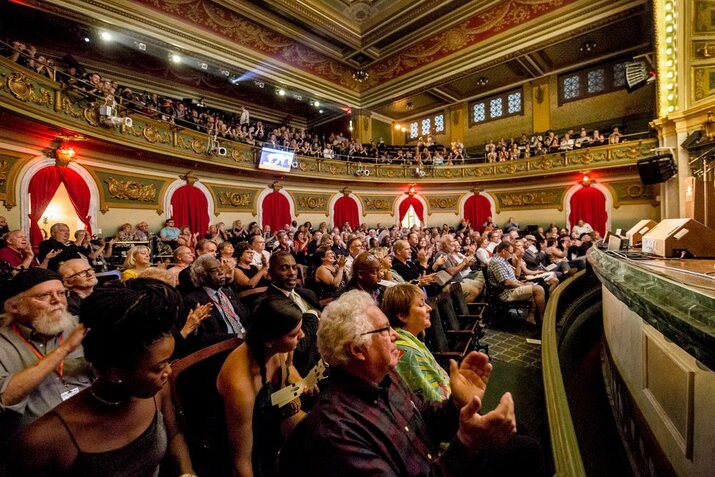 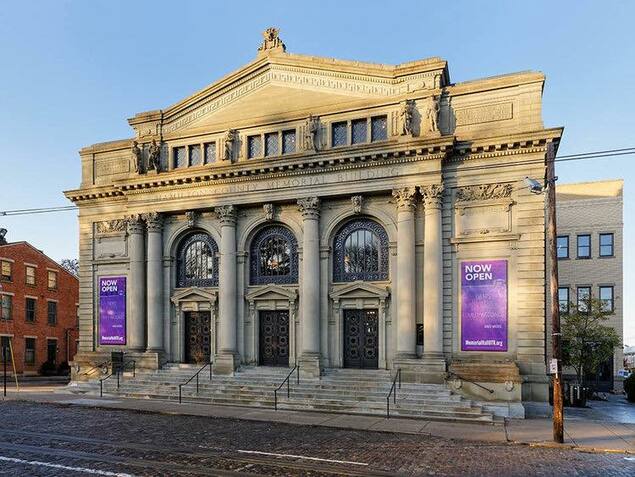 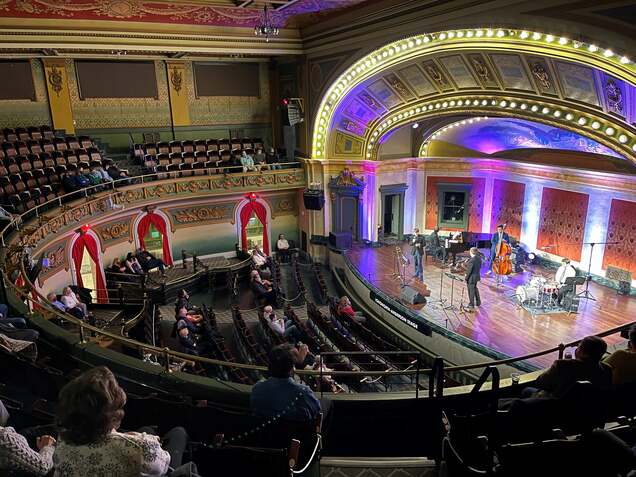 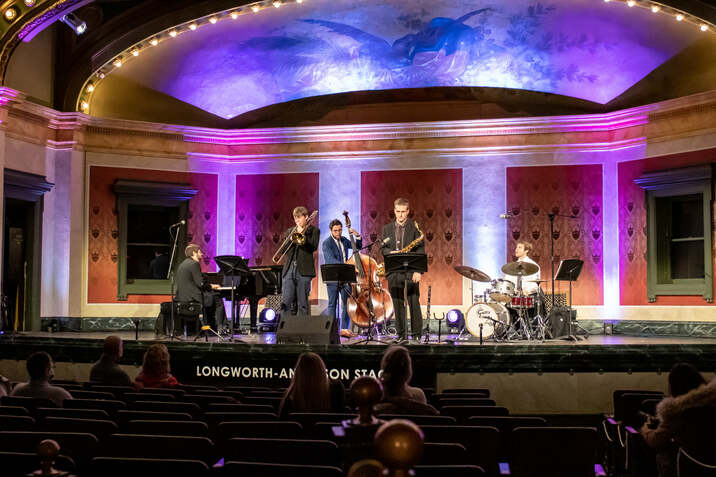 Memorial Hall is conveniently located in the heart of the revitalized arts district of Over-the-Rhine. Listed on the National Register of Historic Places in 1978, this exquisite venue overlooks Washington Park, and is neighbor to Music Hall, the Transept, the School for Creative and Performing Arts, and the Cincinnati Shakespeare Company.

Memorial Hall also houses a special collection of artwork and artifacts of local civic and military history. More than 40 pieces are on display throughout the building, including the storied wreath that is said to have adorned Abraham Lincoln's casket when it passed through Columbus, Ohio. Other pieces previously on display are under the care of the Hamilton County Public Library and the Cincinnati Museum Center.

Hosting more than 250 events each year, Memorial Hall offers an elegant setting for performances and unique spaces for social and business functions.

Sierra Hull’s positively stellar career started early. That is, if you consider a Grand Ole Opry debut at age 10, called back to the famed stage a year later to perform with her hero and mentor Alison Krauss to be early. She played Carnegie Hall at 12; at 13 signed with Rounder Records and issued her debut, Secrets, and garnered the first of many nominations for Mandolin Player of the Year. She played the Kennedy Center at 16 and the next year became the first bluegrass musician to receive a Presidential Scholarship at the Berklee College of Music. As a 20-year-old, Hull played the White House.

In 2010, Hull captured her first IBMA award for Recorded Event of the Year. She was shedding the prodigy tag, turning virtuoso, and releasing her second album, Daybreak, with seven of her own original compositions. In Byrdstown, she hosted an eponymous annual bluegrass festival.
“There’s a voice in the back of my head telling me to keep working, to keep moving forward,” Hull says. “You have to keep progressing and introducing new things.”
By 2016, Hull had reached a more mature place in her life and in her art. She tapped legendary bluegrass musician Bela Fleck to produce her third album, Weighted Mind. A departure from her opening pair of records that blended progressive elements with traditional structure, Hull let go of whatever preconceptions existed- both hers and those of her audience- and birthed a Grammy-nominated masterpiece.

A.J. Croce performs Croce Plays Croce, a special night of music featuring a complete set of classics by his late father Jim Croce, some of his own tunes, and songs that influenced both him and his father. This special event features such timeless songs as “Operator,” “You Don’t Mess Around with Jim,” “Time in a Bottle,” (a song written for A.J.), “Rapid Roy (The Stock Car Boy), and “Lovers Cross”, to name a few. Classic covers may include songs by Lieber and Stoller, Bessie Smith, and other folk and roots artists.

We are excited to announce our annual Back Home Patriot’s Celebration. Our MC for the show will be two time Rock and Roll Hall of Famer Bootsy Collins and his wife Peppermint Patty. They will welcome to the stage Mr. Ouiwey Collins and his band the Funk Squad to perform their original music. Our headliner for the evening will be NKG, The Naked Karate Girls, one of the hottest bands to hit the scene in the music business.

Cole pushes boundaries and touches hearts and minds with her songwriting. Her live performances are movements of passion. She was a seminal figure in the formation of the first Lilith Fair, and has performed the world over, for the Troops in the Persian Gulf, to coffee houses in small towns across America, to stadiums with Peter Gabriel, to elegant theaters. Now, twenty-five years later, Paula Cole will perform songs from her ground-breaking album, “This Fire” in select cities. This is a rare opportunity to witness her historical work.