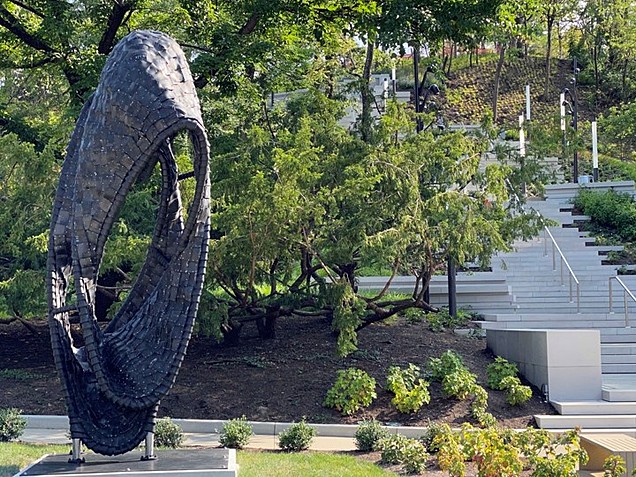 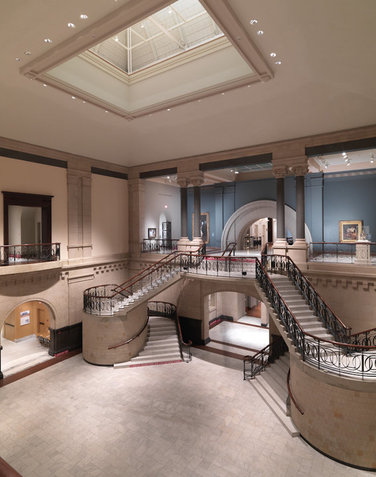 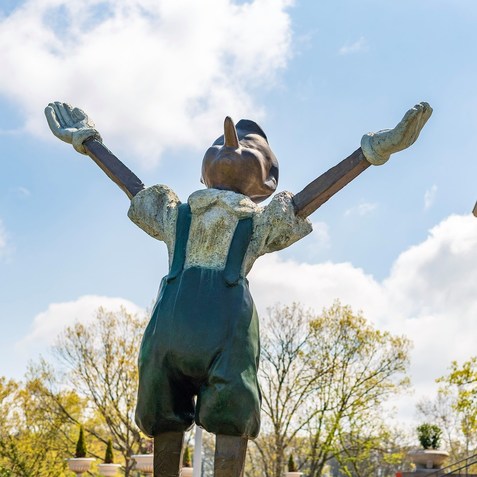 Visitors can enjoy the exhibitions or participate in the museum’s wide range of art-related programs, activities and special events. General admission is always free for all. Museum members receive additional benefits.

I always have a wonderful time visiting this incredible museum! Take your next art adventure here! There is art to discover on the inside and outside of the museum!

Black & Brown Faces: Paying Homage To is the second exhibition organized by Paloozanoire and presented in partnership with the Cincinnati Art Museum. Building on the impact of 2020’s inaugural Black & Brown Faces exhibition, this presentation expands the representation of Midwestern artists of color to 15. Each brings their own interpretation of portraiture paying homage to 15 living honorees of color who are working to make our city a more equitable and just community.

This exhibition will open to the public in a celebration during Art After Dark on Friday, March 25 from 5–9 p.m. Check back for further programming information.

Art After Dark | Party in the Park

Kick off your Memorial Day weekend with a party in Eden Park! Enjoy live music from Tracy Walker in the Alice Bimel Courtyard (pending weather), food for purchase, cash bars, and docent-led tours throughout the evening. Free admission. RSVP not required. #ArtAfterDarkCincy

Art After Dark | Party in the Park

Join us for a socially distanced version of the Cincinnati Art Museum program for families with children who have developmental disabilities. Sensory Saturday will continue to begin before public hours, so families can enjoy a less crowded environment if they wish to do so.

As families enter, they will receive a map that designates galleries with learning centers with instructions on the back. Each family or child will borrow a bag with hands on materials, using it to engage with art in the galleries. When visitors are finished with the supplies, they return the bags to a bin marked “used” materials.

Celebrate cats of all kinds with this fun-filled day for the whole family! Check back later for more information.

*If you need accessibility accommodations for this program or event, please email access@cincyart.org. Please contact us at least two weeks in advance to ensure accommodations can be made.

*If you need accessibility accommodations for this program or event, please email access@cincyart.org. Please contact us at least two weeks in advance to ensure accommodations can be made.

Henry Mosler Behind the Scenes: In Celebration of the Jewish Cincinnati Bicentennial

Henry Mosler (1841–1920) achieved an international reputation in the late nineteenth century for narrative paintings rich in detail. Born in Prussia to a Jewish family that settled in Cincinnati, the artist won success at the Salon exhibitions in Paris for paintings depicting the rituals of daily life in Brittany. Drawn from the extensive collection of the artist’s work at the Cincinnati Art Museum, with a few select loans, this exhibition relates Mosler’s journey and takes a close look at how he developed his paintings through studies across media.

Learn more about how Cincinnati celebrates the 200th anniversary of the city’s Jewish community with an exciting roster of events throughout the region at jewishcincy200.org.

Henry Mosler Behind the Scenes: In Celebration of the Jewish Cincinnati Bicentennial

The Story Quest by Jerry Handorf and Dylan Shelton

Royal storyteller, Everett Hickenbottom, has spun 999 tales in as many nights for the queen. Now with one story left to tell he has no stories left! He recounts two adventurous tales, The Stolen Crown and Feet Water, before getting help from the audience to imagine one final wondrous story. Loads of audience participation and hilarious puppets fill this charming production.

$10 for general public. Free for children under 1.

CAM Members (Family Level+) receive 5 free tickets per performance. Reservations recommended. Reservations can be made online or by calling (513) 721-ARTS.

Events and programs are subject to change or cancel at any time. We reserve the right to make any changes or cancel for any reason without notice. Please check www.madcappuppets.com for updates on these performances.

This lecture will look at Henry Mosler and Moses Jacob Ezekiel, one-time Cincinnatians who went on to achieve great fame in their day, and their vital contributions to Jewish American art.

Speaker Bio: Samantha Baskind, Professor of Art History at Cleveland State University, is the author of five books, most recently The Warsaw Ghetto in American Art and Culture. She has contributed more than 100 articles and reviews on art, identity, and religion to museum catalogues, academic journals, edited volumes, encyclopedias, and the mainstream press. She served as editor for U.S. art for the 22-volume revised edition of the Encyclopaedia Judaica and is series editor of “Dimyonot: Jews and the Cultural Imagination,” published by Penn State University Press. She is currently writing a book about the nineteenth-century Jewish American sculptor Moses Jacob Ezekiel.

From Affluent to Average: The Wormser Bedroom and Teen Bedroom Culture in the 1920s and 1930s

Elaine Wormser's bedroom stands apart from the rooms most American teens presided over during the interwar years. Her family possessed wealth and access to Joseph Urban, one of the era’s most prominent designers and architects. Nonetheless, the process of resurrecting Elaine's room and studying her recollections of it for the exhibition Unlocking An Art Deco Bedroom by Joseph Urban has revealed that it shared many features with rooms enjoyed by less privileged teens. Join Dr. Jason Reid, author of Get Out of My Room!: A History of Teen Bedroom Culture in America, as he considers how both affluent and average teen bedrooms were shaped by the era’s prevailing views on psychology, consumerism, teen autonomy, and intellectual growth.

Speaker Bio: Jason Reid is a history instructor at Ryerson University in Toronto. He has degrees in Russian, Canadian, and American History from Carleton University in Ottawa and York University in Toronto. His research has touched on several areas of historical interest, including teen bedroom culture, education, and legal history. He is currently performing research for a book that examines the murder of a 93-year-old woman in his hometown of Hensall, Ontario, in October 1973

From Affluent to Average: The Wormser Bedroom and Teen Bedroom Culture in the 1920s and 1930s

In 1929, Viennese-born architect and designer Joseph Urban was commissioned to create a bedroom for seventeen-year-old Elaine Wormser who lived with her parents in the Drake Tower, Chicago. Urban (1872–1933) was a prolific and broadly recognized artist whose work ranged from film, theatre and operatic sets to buildings, textiles, even cars. The modern, fanciful bedroom that Urban designed for Elaine Wormser featured a daring combination of colors and pattern, black glass walls and a reflective silvered ceiling. Elements from this bespoke interior now reside in the Cincinnati Art Museum and constitute the largest collection of Urban-designed furnishings in a public institution.

Over 90 years after its completion, the Wormser bedroom will go on public view for the first time, fully conserved and installed to reflect its original state as photographed in 1930. One of Urban’s last commissions, this interior embodies the distinct modern design vocabulary that Urban developed and employed throughout his career, highlighting his talent as a colorist, his flair for the dramatic, and his skillful blend of Viennese artistic influences with the prevailing modern style now known as Art Deco.

This exhibition unlocks new scholarship on this rare interior and the significant contributions of Joseph Urban to the development of American modern design. It also investigates the messaging conveyed by consumers when choosing modernism and the changing roles for women in the late 1920s and early 1930s. In addition to the bedroom, paintings, works on paper, costumes and related furnishings flesh out this exploration of Joseph Urban, the Wormser bedroom and the era. Behind-the-scenes investigations and processes necessary to reintroduce the room to the public are also featured.

The exhibition is accompanied by a full color illustrated catalogue and includes essays by leading authorities on the Wormser bedroom, Joseph Urban, and the introduction of modernism to the American public.